Zendaya gains her First Emmy Nomination and she is really excited for it.

Despite the pandemic, actress Zendaya wants to serve looks at the 2020 Emmys. Even though the actress will be attending the award show from her home, she wants to dress up for the event. Zendaya is a fashion icon for the younger generation and it seems like nothing can stop her. From pantsuits to gorgeous dresses to red carpet glam looks, Zendaya always manages to look amazing. Recently the actress revealed how she would like to doll herself up in an ensemble.

The Euphoria actress mentioned her thoughts while getting interviewed by guest host Bens Platt on Jimmy Kimmel Live! She was very firm and nothing could stop her from appearing in a pleasing appearance.

So, let’s go ahead and get to know more about Zendaya’s plans for Emmys: 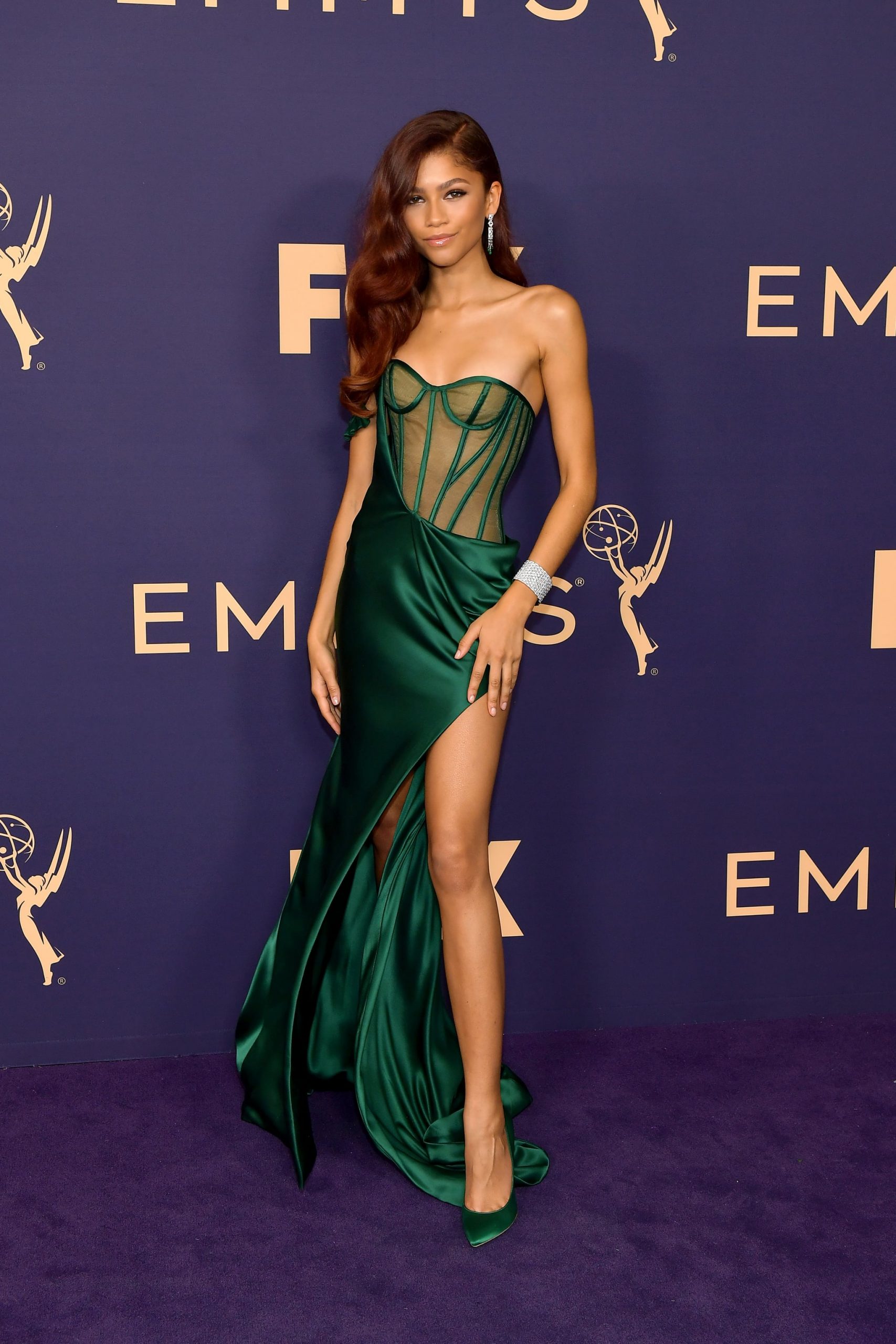 “I Want To Dress Up,” Says Zendaya

While talking to Bens Platt, Zendaya said that she wants to dress up for Emmys. Emmys will take place virtually this year due to the pandemic and in order to follow the social distancing guidelines. But, the actress still wants to dress up regardless of the situation. We can definitely understand her excitement as Zendaya is nominated for her first-ever Emmy this year. Zendaya has gained an Emmy nomination for Outstanding Lead Actress in a Drama Series for her character in HBO show, Euphoria. She portrays the role of Rue Bennett on the show.

Zendaya is thrilled with the news and that is why she wants to live the moment as this is her first nomination and she wants to have the experience. She continued and said that she will be spending the evening with her family at her home. Zendaya also joked how she will think of her living room as the red-carpet. She said that it will be surely a different event but she is grateful no matter what.

We expect Zendaya to flaunt herself and her outfit once again. She has never failed any of the red-carpet looks. Earlier, Zendaya showed up in the creations of Vera Wang, Tom Ford, and Christopher Esber. Her fans will like her appearance no matter the event will happen virtually or at the venue.

Besides, her excitement for the Emmys Zendaya also teased her fans with some updates regarding her show, Euphoria. She informed the fans that there will be a bonus episode before season 2 arrives. It will happen with a limited cast and will be a little something for both the fans and the crew of the show.