The Boys Season 2: Stormfront’s Past To Be Revealed Soon

by Athira Vincent
in Entertainment
0

It is revealed that the second season of The Boys series will give the much-awaited clues on Stormfront’s past. This season is packed with adventure as the Boys try to track a terrorist with superpowers.

The American superhero web television series was first launched on 26 July 2019. Starring Karl Urban, the action thriller series captured the hearts of viewers around the globe. The series is set in a fantasy world where superheroes coexist with normal humans. Super powered individuals are seen as heroes. The extremely powerful corporate, Vought International, hires the heroes to work to improve the world.

Though the company is supposed to make the world a better place, that’s far from what they really do. The corporate is saturated with corruption and the admired heroes have a dark side to them. This series tells the story of ‘The Boys’, one of the few groups who despise the superheroes. The story also closely follows the ‘Seven’, a rival group to The Boys. 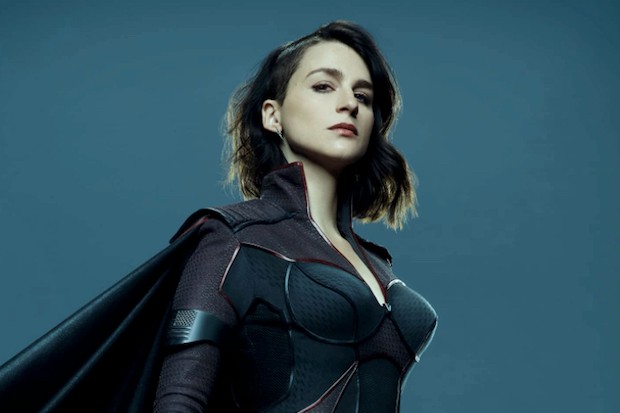 Karl Urban plays the role of Billy Butcher while Anthony Starr plays John, a.k.a., the Homelander. Butcher believes that Homelander is responsible for the demise of his wife. He now leads The Boys. Jack Quaid plays Hughie Campbell, an important member of The Boys.

Erin Moriarty and Dominique McElligott play the roles of Starlight and Queen Maeve respectively. While both started out with good intentions, the later finds it hard to keep her balance later on. Tomer Capon, Laz Alonzo, Jessie T. Usher, and Karen Fukuhara also appear in major roles.

(Warning: This section might contain spoilers for the first three episodes of the season.)

Season 2 starts with The Boys being reduced to wanted runaways. Butcher is accused of murdering Stillwell and while in hiding, they learn about a super-powered terrorist on the loose. Raynor is killed and Homelander may lose his hold over Vought as Stormfront joins the Seven. Butcher strikes a deal with Mallory in an attempt to capture the terrorist, leading to a surprise when his identity is revealed.

The second episode further shows Becca landing in trouble while the Vought refuses to help. Homelander’s plan for Ryan backfires while he protects Becca. The secret behind the superheroes’ powers is uncovered and Stormfront reveals her dark side. Directed by Liz Friedlander and Steve Boyum, the second and third episodes form an integral part of the overall plot.

The Boys series has decided to try a new method of release. Instead of releasing all episodes at the same time, the episodes of this season will come out separately while leaving some time for fans to catch up.
The first three episodes of The Boys Season 2 premiered on 4, this September. However, episode 4 is set to release this Friday, I.e., 11 September 2020.

I am an ardent reader and a budding writer. I write on the latest entertainment news, movie reviews, and environmental issues. I hope to a positive change in our world through writing. You can get in touch with me at [email protected]

What Is The Benadryl Challenge On TikTok All About?