South Korean diplomat has said that Kim Yo-jong is taking over North Korea as Kim Jong-un is in coma.

Chang Song-min, a South Korean diplomat has stated that Kim Jong-un is in a coma. Chang Song-min was the former aid to Kim Dae-Jung, the late former President of South Korea. This is not the first time such statements are made. Last month, a similar statement was made due to the absence of the leader creating rumors about his health and even his death. The speculations are made as Kim Yo-jong who is Kim Jong-un’s sister is taking over the control of the nation. A South Korean spy agency passed the information stating that all authority has been delegated to Kim’s close aids and his sister. South Korea’s National Intelligence Service held a private meeting where they discussed that Yo-jong is taking care of the overall affairs. She is the Vice-Director of the Workers Party Central Committee. Kim still possesses the absolute authority over the nation. 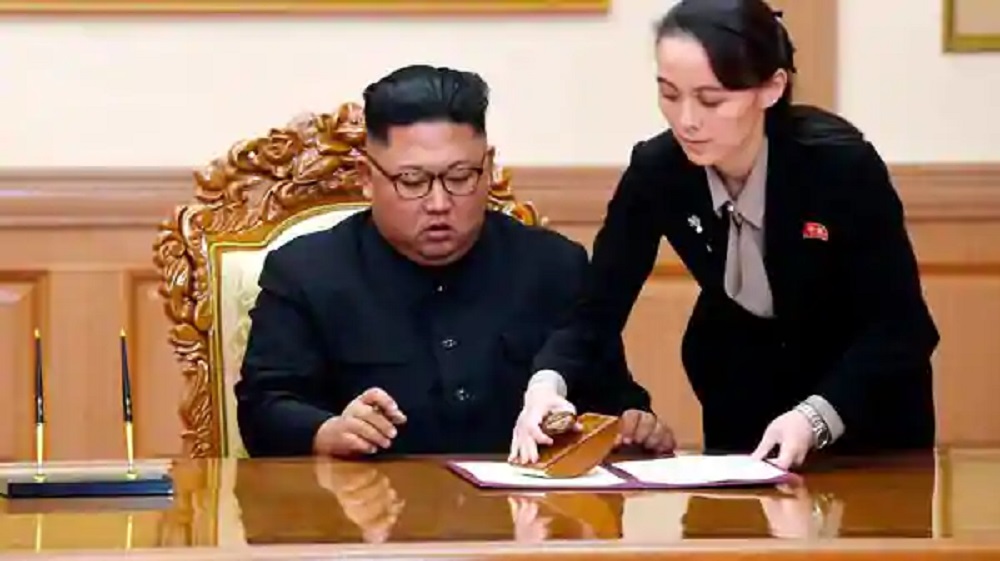 Firstly, in April, reports came out stating that Kim will have to undergo a heart surgery. After the surgery, he was not visible for around three weeks. Kim’s absence was not explained by the North Korean Government. Kim was also not seen during his late grandfather’s 108 birthday. Kim II-sung, his late grandfather was the founder of North Korea. After the surgery, the rumor about Kim’s death started circulating. Finally, he made his appearance at a ribbon-cutting ceremony of a fertilizer factory. After the video, Moon Jae-in, President of South Korea shut down the rumors stating that he is alive and healthy.

However, Chang Song-min claimed that the photos released by North Korea were fake. A lot of conspiracy theories also came up. People started comparing the earlier photos with the recent ones and they stated that the new person presented seems like a different person. Assertions were made that North Korea is using a body double to not let the world know about what is happening to the leader.

Is Kim Jong-un really in a coma?

With North Korea not allowing any freedom of speech to the media, we cannot speculate on what is going on in the country. No response has been given from the North Korean governing bodies as well. His sister Kim Yo-jong is being seen a lot in politics this year. Thus, she is found to be a successor to control North Korea politics. Her entrance into politics seems suspicious and for the first time, North Korea will have a woman leader. Yo-jong is known as a tennis leader with people claiming that she is even tougher than her brother. She has portrayed herself as a strong image in her activities against South Korea. She even threatened to shut down the Liaison Office. Kim Yo-jong has been working behind the scenes and is planning to enter the politics being the face of North Korea in the coming year.