Netflix Has Removed That ’70s Show From Its Library

Netflix has removed 'That '70s Show' from its library.

Recently, the fans of the American period TV series ‘That ’70s Show’ was bummed after realizing that the show is no more available on Netflix. Since 7th September, 2020 the show is not a part of Netflix as the licensing deal was not renewed. The cases are similar to that of ‘Friends’ and ‘The Office’. When asked about it, Netflix stated that the show is repositioning its strategy and use content budget. Recently, there has been an increase in binge-watching due to the pandemic and people have become completely dependent on the OTT platforms for content. Netflix had seen a good percentage of raise in the viewership count and ‘That ’70s Show’ was one of them. Fans have expressed their disappointment through their social media. There are many shows such as ‘Once Upon a Time’, ‘Person of Interest’ and movies such as ‘Train to Busan’, ‘Dear John’, ‘Jurassic Park’ and more that will be leaving Netflix this month.

I finished watching #that70sshow a long time ago but, @netflix explain to me why you always take out or cancel the good shows & leave the lame ones?

Mood this morning after finding out that Netflix removed That 70s Show.#that70sshow pic.twitter.com/90Xu5fX0gk

Why did Netflix remove ‘That ’70s Show’?

Netflix tries to keep on updating new content every time and they also remove hundreds of shows from the platform. They had mentioned earlier that they license certain TV shows and movies for a particular period of time and they do not renew them if it expires. If the expiration date is near, they evaluate certain conditions for its renewal. They focus on the rights, the popularity, and the cost of the content and other local factors. If they are planning to remove any particular content, they give a heads up before the show/movie’s removal. Only Netflix Originals will be available in the library for an indefinite period of time. This is applicable for all OTT platforms as they try to provide the best what the audience wants or expects. 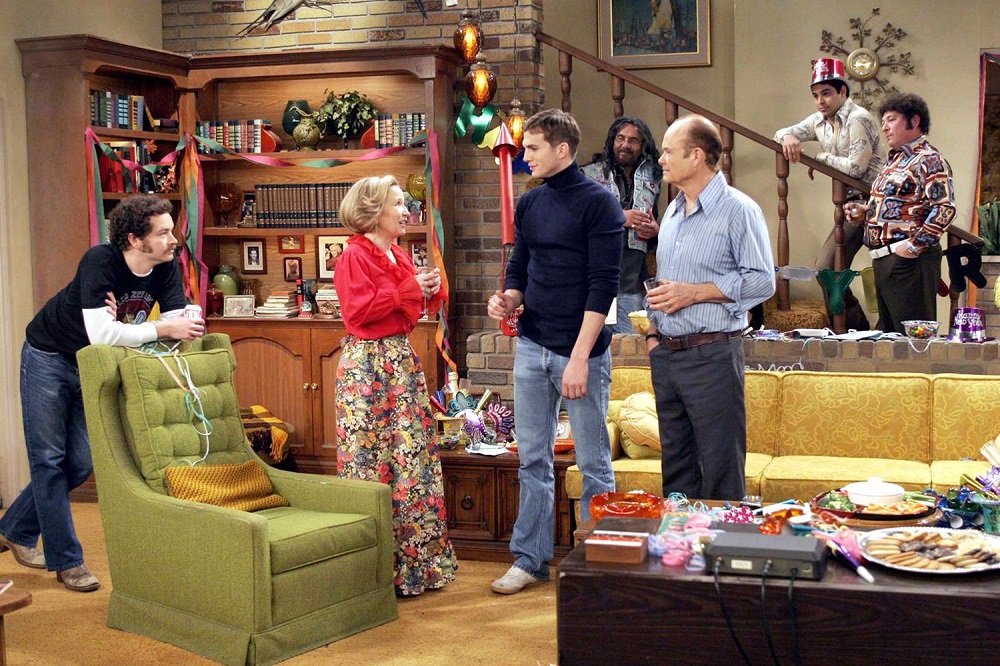 The show stars Ashton Kutcher, Topher Grace, Mila Kunis, Danny Masterson, Lisa Robin Kelly, Wilmer Valderrama and Laura Prepon. ‘That ’70s Show’ has released eight seasons. Running from 23rd August, 1998 to 18th May, 2006 the show was known for its timeline where it let the characters grow naturally. The show revolved around a group of friends and their typical high school life. It focuses on all the drama as the youngsters go through their teenage years. It is a coming-of-age series that has made its own fanbase over the years. The show has won many Teen Choice Awards and had good ratings throughout. Created by Bonnie Turner, Terry Turner, and Mark Brazill, the show has portrayed itself as a comedy sitcom and is known amongst the audience for the retro concept that they adopted. It also has a British remake titled ‘Days Like These’. Even though the show is no more available on Netflix, you can stream it on Amazon Prime.