More Than 100 Arrested in Chicago Looting

More than 100 people were arrested for looting and battery against police in Chicago.

Hundred people were arrested and 13 police officers were injured after Chicago underwent looting. Goods were stolen from stores and hundreds of windows were smashed. Social Media posts that showed caravan of cars made the police aware of the looting. Things went out of hand when gunshots were fired at the police and the police returned with firing. No officers were injured or killed by gunfire but a civilian and a security guard had to be hospitalized in critical situations who were shot.

David Brown who is the Department Superintendent stated that a day before the incident a man with a criminal history was wounded by the police. A video also went viral on Facebook which accused the police shooting a 15-year-old boy. All of this was plain rumors and the situation can be the reason that instigated the looting. The Tribune of Chicago reported that the crowd went on increasing as more people started stopping by the scene. 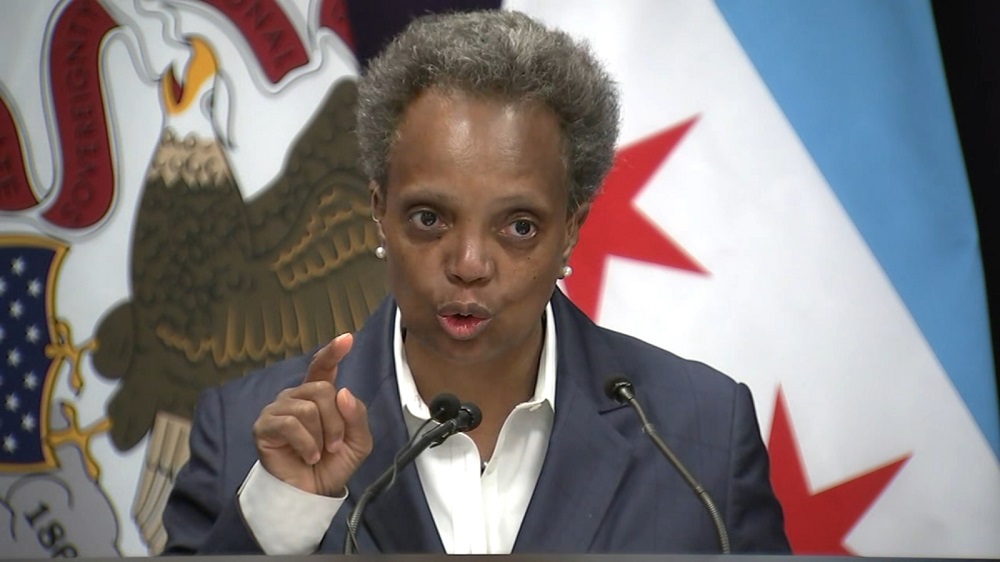 People were running out of banks, smashing windows and many were found getting out of stores with bags full of merchandise. The presence of police has been increased in the area. They have even started examining hours long of footages to find out the offenders so that they can be punished. The police had to work Monday early in order to disperse the crowd. Around a hundred people were arrested. They all are expected to face charges for disorderly conduct and looting and battery against the police. Lori Lightfoot who is the mayor of Chicago believes that this incident is a criminal event. She said that the city council has made strategies to make the city safe again by activating the neighborhood protection laws.

There were travel restrictions imposed during the day. After talking with the government, J.B. Pritzker and Lightfoot said that there is no need for National Guard to get involved in this. “Statements of President Trump are not needed”, said the mayor. Ever since Trump has come into power, gun violence activities and homicide in the US have increased. During the incident between the crowd and the police, some people said that a child had been shot, which is why the crowd had dispersed. Things are going out of hand after George Floyd’s case and hopefully, things will get better in the coming years. Until then, stay tuned and stay safe.