Emily is ready to set another adventure in Paris. Darren Star’s new show ‘Emily In Paris’ is renewed for a season 2. It hasn’t been even 24 hours since the news came out, and, the fans are already going gaga over it. Considering the show was on Netflix’s Top 10 right after its release; season 2 was a must. Emily In Paris debuted on October 2, 2020 on Netflix with ten episodes. 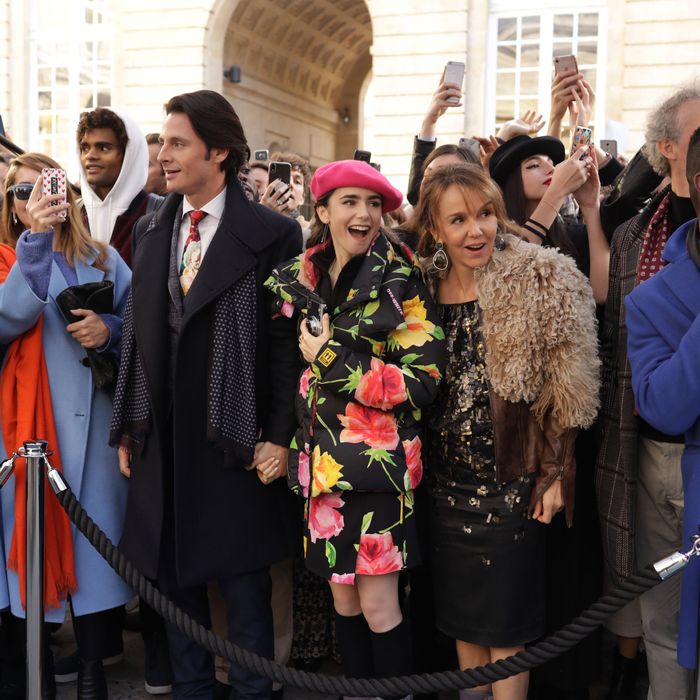 Due to its mesmerizing locations, and french essence, the fans like the show even more. Emily In Paris is an American comedy-drama television series created by Darren Star. Star is known for his works such as Beverly Hills 90210, Sex And The City, and many more.

Initially, Emily In Paris was going to debut on Paramount Network. However, it moved to Netflix over the summer and was launched in October. Besides Collines, the show also stars Philippine Leroy Beaulieu; Lucas Bravo; Samuel Arnold; Bruno Gouery; and Camille Razat. Kate Walsh; William Abadie; and Arnaud Viard also appear on the show.

Renewal In ‘Emily In Paris’ Style

The news of the renewal was announced exactly how ‘Emily In Paris’ fans would have liked. It came in the form of a letter from Emily’s boss, Sylvie to her ex-boss Madeline. The letter read how Emily’s stay in Paris is prolonged. Being the meanie Sylvie is, she also pointed out Emily’s lack of expertise in luxury good; But, also mentioned why she is perfect for their company.

The letter also said how Emily has managed to charm some of the most stubborn clients at Savior. And, also her results are impressive. In the end, she wrote how she wished for Emily to continue her already established relationships in Paris.

Moreover, she could also learn more about the culture and learn a few French words. The renewal was indeed presented in the most exciting way; And the fans have been responding to the news very well. Say its social media or the comment section, congratulations are in order for Emily In Paris.

Emily In Paris follows the life of a 20-something Emily. She is sent to Paris from Chicago to revise the social strategy of a luxurious French company. However, upon landing in the new country, Emily struggles with culture, society, and relationships.

Struggling with personal life and professional life, Emily finds it difficult to set her foot on foreign land. But, eventually, she learns with the help of her new friends. Season 2 will see a more confident Emily for sure.

Earlier, creator, Star dished on his plans for Emily in Season 2. He said how the new season will allow Emily to stand firm on her ground. He also said that there is a lot stored for Emily in season 2. In the end, he said that Emily will no longer be alien to the city, and become a resident of the city.

Muskan Jaiswal
Hey, I am a 21-year-old management student who is passionate about writing. From blogs to poetry I write about almost everything. I love discovering and learning about new cultures and I have a dream to write music in the future as well. In short, I like to explore life like a free bird and I love it when people like what I write. You can get in touch with me at muskan@serenatamariachi.com.

'The Expanse' is bringing double happiness to its fans this year. Amazon's hit science fiction show has officially informed the...

Virgin River season 3: Even though the fans felt like that they have been waiting for an eternity to have a...

Samsung has been seen dominating the world releasing new devices every year. It has become the most popular in the...

Ryan Renold's most infamous character onscreen is finally getting the momentum it deserves. Yes, we are talking about Deadpool. Now,...

"Ghostbusters: Afterlife" Expected Release Date And Everything We Know