Katy Perry and Orlando Bloom are Goodwill Ambassadors for the United Nations Children’s Fund for a long time. So, the official account of UNICEF took it to their Instagram, where they announced and welcomed the first child of Perry and Bloom. The image showed the actor and singer holding their baby’s tiny hand. They also stated that not everyone across the globe can have a peaceful birthing experience. Communities around the globe are facing a shortage of healthcare. A survey went on to study that every 11 seconds, a new-born dies due to causes which can be avoided. There is a lack of medicines, hygiene products, sanitization, and more. COVID-19 has put a huge risk on the life of the new-borns. Parents are struggling to take care of their babies. UNICEF is taking an initiative to train mothers who are expecting a baby and provide them with quality Health Care.

Welcome to the world, Daisy Dove Bloom! We are honoured to introduce Goodwill Ambassadors @KatyPerry and @OrlandoBloom’s new bundle of joy.⠀ ⠀ “We are floating with love and wonder from the safe and healthy arrival of our daughter,” Katy and Orlando told us.⠀ ⠀ “But we know we’re the lucky ones and not everyone can have a birthing experience as peaceful as ours was. Communities around the world are still experiencing a shortage of healthcare workers and every eleven seconds a pregnant woman or newborn dies, mostly from preventable causes. Since COVID-19 many more newborn lives are at risk because of the increased lack of access to water, soap, vaccines and medicines that prevent diseases. As parents to a newborn, this breaks our hearts, as we empathize with struggling parents now more than ever.⠀ ⠀ “As UNICEF Goodwill Ambassadors, we know UNICEF is there, on the ground, doing whatever it takes to make sure every expecting mother has access to a trained health worker and access to quality healthcare. In celebration of the heart we know our daughter already has, we have set up a donation page to celebrate DDB’s arrival. By supporting them, you are supporting a safe start to life and reimagining a healthier world for every child. We hope your ♥️ can bloom with generosity.⠀ ⠀ Gratefully-⠀ ⠀ Katy & Orlando.”⠀ ⠀ Please tap the link in our bio to support the most precious gift: a healthy child.

After their baby girl, Daisy Dove was born, the couple started a donation page to help others to live a healthy life. Supporting this project will help children lacking in healthcare to have a safe environment. Perry also released her new album on Friday titled ‘Smile.’ Smile is about the growth Perry has shown, where she left her wild and carefree life behind, becoming more mature to fight against depression and recovering from the difficult situations. This song will help to find light in the darkness. This pandemic is the right time to let everyone know that there is hope even though it is a difficult time. The bad phase shall pass, and we only have to stay strong. In May, Perry released ‘Daisies’, and she named her daughter Daisy too. She received a lot of attention and support from her fans after she featured as the pregnant Katy Perry. 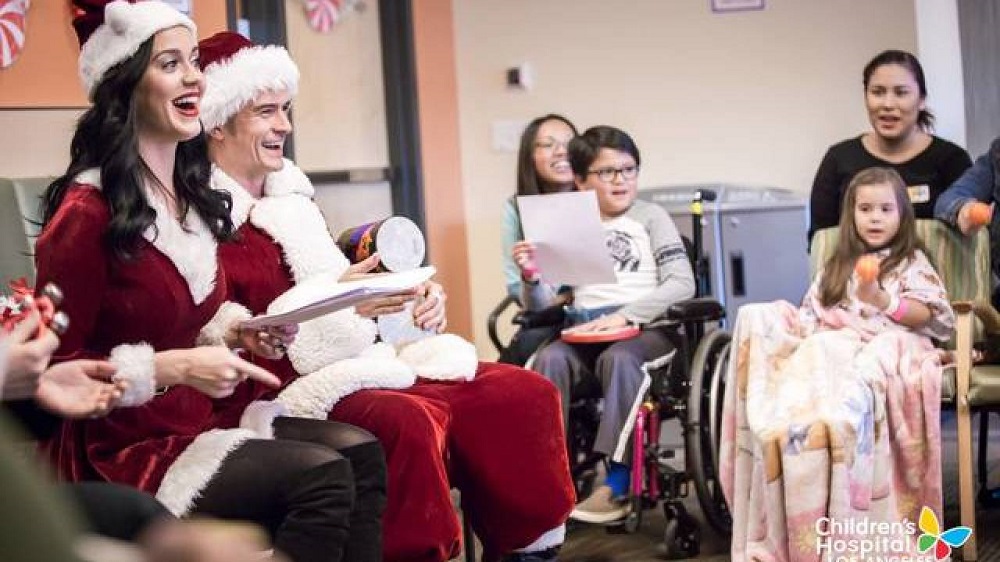 Who are Katy Pery and Orlando Bloom?

The singer and songwriter who gave the hit ‘Roar’ started her career in 1999. Receiving numerous awards, she is also a part of the Guinness World Records. From 2011 to 2019, she was the highest-earning woman in the music industry, according to Forbes. One of the best-selling artists Perry, married Orlando Bloom in 2016. Bloom is popularly known for his role in the series ”The Lord of the Rings” as Legolas. His character Will Turner in ”Pirates of the Caribbean” has been one of the most notable works in Hollywood. They revealed their pregnancy first through Perry’s single ‘Never Worn White’ in the month of March. They also revealed the crib of the baby, onesie, and changing table giving a sneak peek to their fans.