The safety authorities evacuated thousands of people as major storms have hit the United States. The storms have killed around two dozen on the island of Hispaniola, 3 in the Dominican Republic, and 20 in Haiti. The storm is beginning to strengthen and soon flooding and heavy winds will be slamming into Texas and Louisiana too. After the forecast predicted, the people near the gulf coast are being ordered to evacuate. Hurricane has already caused extreme flooding, knocking out the power and killing dozens of people. Forecasters predict the storm could be around 13 feet and the waves could submerge the entire community of people living there. People from cities like Beaumont, Galveston, and Port Arthur have also evacuated. The National Hurricane Centre told around 385,000 to flee. 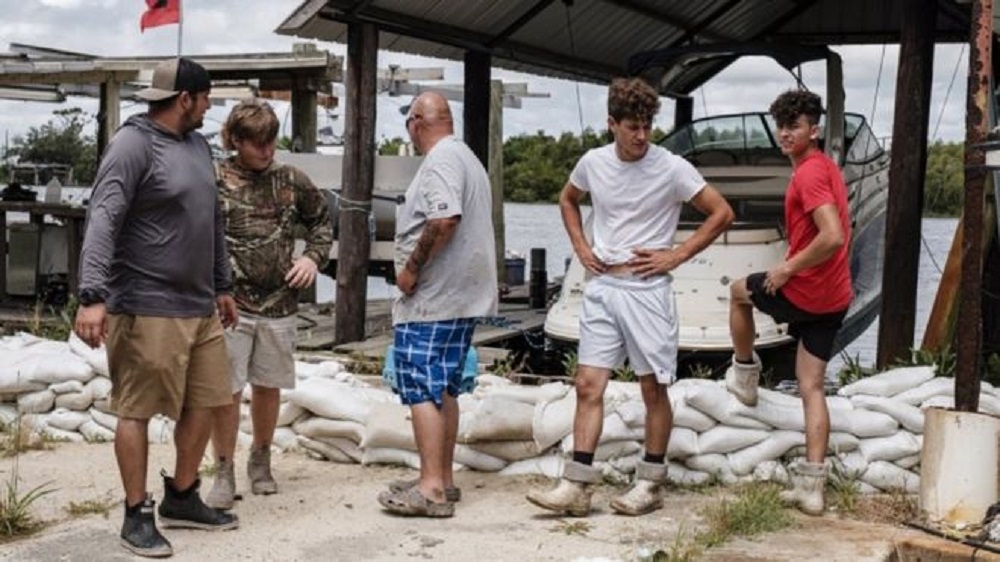 How harmful is the Hurricane and what precautions are thee Authorities taking?

The NHC predicts the hurricane can cause a landfall on Thursday and it would become a part of category 3. Ed Rappaport, the Deputy Director of NHC stated that the hurricane can be of category 3 or even higher. The water is warm enough to support the major hurricane causing devastating damages. The water from the ocean can push the land for 50 miles of coast from Texas to Mississippi. Moreover, Hurricane Maria is also forecasted to hit the country. Videos on social media went viral showing people trying to get out of waist-deep muddy water. People and the authorities are considering this to be one of the worst floodings ever. People have stated that deforestation and poor infrastructure are the causes and it can even lead to landslides.

Marco was already considered as a major hurricane on Sunday. But, as time went by, it weakened and dissipated. Some areas are still recovering from the damages that Hurricane Harvey caused. The officials have asked people to prepare supplies and the authorities are also preparing shelters. The health workers have started working on the effects that these hurricanes can cause. Hospitals in the area have started discharging patients who are well off and have started preparing for the surge of patients that will be seen after the disaster. With COVID-19 and the Hurricane, things are difficult for everyone. The authorities have added sanitizers and masks as a part of the essentials for the residents. With the 15th anniversary coming up of hurricane Katrina, people cannot seem to have hope with this being a bad phase and devastating for everyone. 2020 has really been brutal for many across the globe.

The Boys In The Band - To Release This September