On His Dark Materials, we have seen that Mrs. Coulter as well as Lee Scoresby do not exactly travel through time in the same circles. But obviously, it can be acknowledged that the involvement they have made in the life of Lyra, has collided them in the course for the episode which is going to release this week, that is, Theft. Also, Lee has somehow managed to get propelled by Stanislaus Grumman also known as the father of Will, John Parry. Thus, here is when he is brought to a new town.

At this location, he goes on to seek information regarding the whereabouts of Grumman. All this while, the majority of the initial information that he collects suggests that Grumman might actually be dead. Also, later a bartender tells him that he should ask about him at the observatory. It is because Grumman actually worked at that place. 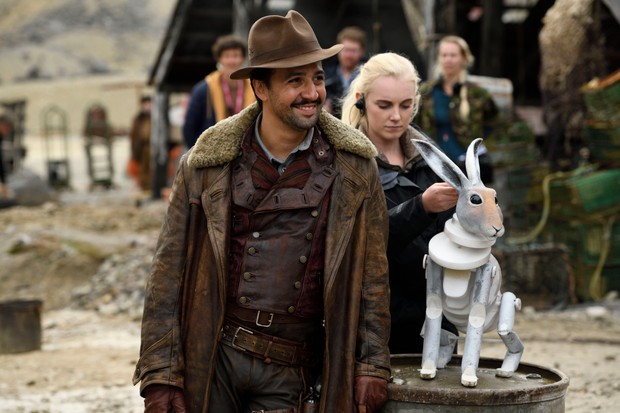 Lee gets arrested and Coulter questions him about Lyra!

Only one person, that is, Dr. Hayley works at this observatory but when Lee inquires to him about Stanislaus Grumman, he just simply got cagey. Also, instead of answering, we saw how he himself started questioning him about why he wants to know all of this. Well, this fact indicates that Grumman is actually alive and is living up somewhere near the Yenisei River. It is at this point in time that we see that Dr. Hayley points out that Grumman is a heretic.

Thus, Lee gathers all of his ideas and thus, leaves. Although, we see that he has not reached very far when Hayley starts to shoot at him through an observatory. We witness that Lee returns the fire and goes back into the observatory when the shooting has stopped. Here, he finds out that he has actually hit Dr. Hayley. Before dying, at least one secret is revealed by the doctor. He says that Grumman is actually an enemy of the Magisterium and now Lee has become that too. When Lee goes out again, he finds himself surrounded by various officers that even have guns.

Lee is trying not to tell Mrs. Coluter about Lyra as she might hurt her!

All this while, Mrs. Coulter does not know that Lee has been arrested. She appears to be in a contingent of Magisterium soldiers who have briefly landed in the town. Thus, when the news is broken down to her about an aeronaut who has been arrested, she immediately figures it all out. Thus, she goes on to question Lee about Lyra. It is because she knows that he has helped her escape from her experimental facility which is located at Bolvanger. Even though we see that Lee has all been roughed up, he is trying not to tell anything to Mrs. Coulter. Although, she insists that Lyra is in need of her but obviously, Lee is trying to contradict her opinions. He also observes the fact that even though Coulter loves Lyra, this does not mean that she will not hurt her.