FAU-G: Release Date Of The Indian Alternative To Pub-G

by Athira Vincent
in Games
0

Ever since the Indian government banned Pub-G, Indian gamers were looking forward to a replacement. And now we have it! The new game will be known as ‘Fearless And United-Guards’, a.k.a., FAU-G.

FAU-G will be launched as part of the “Atmanirbhar Bharat” initiative by the PM. The game was announced on Friday by Bollywood action hero, Akshay Kumar on Twitter. It was also revealed that 20% of the game’s net revenue will be donated to the ‘Bharat Ke Veer’ trust. This trust is dedicated as a support to the nation’s soldiers. He also said that the game would also help players “learn about the sacrifices of our soldiers”.

Developed by nCore Games, FAU-G will incorporate real situations faced by the country’s security forces. FAU-G is fully made in India. Vishal Gondal, the co-founder of Core Games, has stated that the game will not be made to compete with Pub-G. The will be fully based on real scenarios faced by the armed forces. He also talked of the belief that Indian developers can’t produce quality games.  He also talked of how his company’s vision is to prove this wrong. 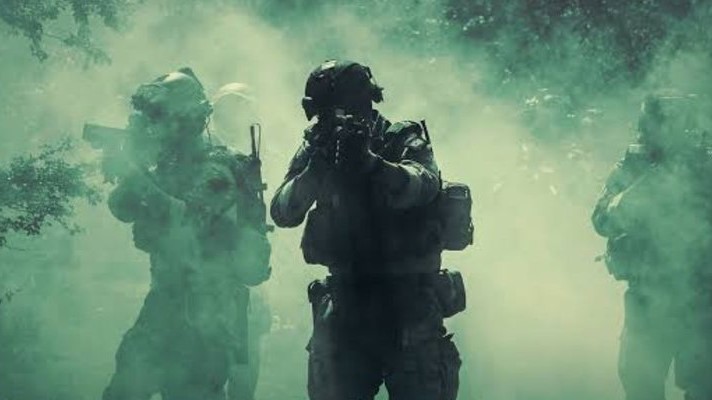 Gondal also announced two of their other upcoming games: one based on cricket while the is based on music. He reveals that there was a strong demand for the cricket game that replicates IPL. The music game is to be released this month.

FAU-G: What will it be about?

It is already known that the first episode of FAU-G will be based on the Galwan Valley incident. The original incident at Galwan Valley was a clash between the Indian and Chinese troops. The dispute took place in June along the border sites of Galwan Valley, a high altitude region of the Himalayas. 20 Indian soldiers laid down their lives for the country during the incident.

Each episode of the game will be based on true incidents in the armed forces. This is aimed at educating the Indian youth about the encounters. The battle royale mobile video game will is expected to be one of the highest quality games in the international market. Along with the multiplayer setting, this game carries it’s similarities with Pub-G while being unique in its own ways.

When the Indian government banned 118 Chinese apps include Pub-G, it opened up a huge array of opportunities for Indian developers. The ban provides an incentive to the youth of the nation to embrace games made in India. With popular apps like Pub-G and CamScanner banned, Indian app developers have an immense opportunity. Increased demand in the Indian market is also expected to motivate Indian startup initiatives.

nCore Games, a fully Indian company, has come forward to take the challenge. The company’s CEO, Vishal Gondal, says that his team has been working on the game since May. He also expressed his excitement at being a part of nation-building and promoting patriotism among the youth.

Supporting PM @narendramodi’s AtmaNirbhar movement, proud to present an action game,Fearless And United-Guards FAU-G. Besides entertainment, players will also learn about the sacrifices of our soldiers. 20% of the net revenue generated will be donated to @BharatKeVeer Trust #FAUG pic.twitter.com/Q1HLFB5hPt

As many reports, the online multiplayer game will be launched towards the end of October 2020. FAU-G will be available for download on Google Play Store and Apple App Store, for both iPhone and Android users. The first level of the game will be based on the Galwan Valley incident.

I am an ardent reader and a budding writer. I write on the latest entertainment news, movie reviews, and environmental issues. I hope to a positive change in our world through writing. You can get in touch with me at AthiraV@serenatamariachi.com

We have good news for all the gamers in the house. The game ‘Star Wars: Squadrons’ which everyone is desperately...

The 2020 Gamescom Opening Night Live had great news for Lego Star Wars fans. Launch of The Skywalker Saga was...

‘No Straight Roads’ is a video game developed by a Malaysian indie studio Metronomik. It was published by Sold Out...

Fall Guys Season 1 is still going on, but as we all know, fans have already unlocked everything in it....

Yes, news of the newest season of Rainbow Six was officially released and it includes Sam Fisher. Sam Fisher, from...

Netflix's 'Cursed' Not Renewed Yet? Find Out The Reason Why.