On Tuesday, the English singer-songwriter Ed Sheeran announced through his social media that he and his wife have been blessed with a baby girl. He posted a picture on Instagram of a little pair of socks and also stated that both the baby and the mother are healthy. They have named their baby girl Lyra Antarctica. Ed Sheeran and Cherry Seaborn have been dating each other for many years. They were childhood friends and in January 2018, they got engaged. Sheeran has mentioned the song ‘Perfect’ was inspired by Cherry. In 2019, both of them got married and now they have completed their family with their first child.

Ello! A quick message from me as I have some personal news that I wanted to share with you… Last week, with the help of an amazing delivery team, Cherry gave birth to our beautiful and healthy daughter – Lyra Antarctica Seaborn Sheeran. We are completely in love with her. Both mum and baby are doing amazing and we are on cloud nine over here. We hope that you can respect our privacy at this time. Lots of love and I’ll see you when it’s time to come back, Ed x

Cherry Seaborn and Ed Sheeran know each other since their time in Thomas Mills High School. But, soon after, she left for America to continue her studies at Duke University in North Carolina. Seaborn was born on 6th May, 1992. There is not much information available but many say that she was working with Deloitte and Touche LLP as an advisory consultant. Cherry was also a part of the hockey team and has led her team to the British University Championship in 2012 and 2013. In 2012, Sheeran was in a relationship with Nina Nesbitt, the Scottish singer but later they broke up. After that, he was in a relationship with Athina Andrelos, who is the inspiration for Sheeran’s hit ‘Thinking Out Loud’.

Who is Ed Sheeran?

Edward Christopher Sheeran started his career in music by singing at a church since he was 4 years old. When he was eleven, he learned how to play guitar and started writing songs. Sheeran had his breakthrough when he came back after a long hiatus in 2016. In January, he released ‘Castle On The Hill’ and ‘Shape Of You‘ which charted number 1 on the US Billboard and UK charts. After that, he began his Divide Tour and since then all the songs released have been a massive hit. Sheeran’s fan base increased after the release of ‘Perfect’. He was involved in a controversy when people found similarities between ‘No Scrubs’ by TLC. Then, as a result, TLC was given the credits for writing. 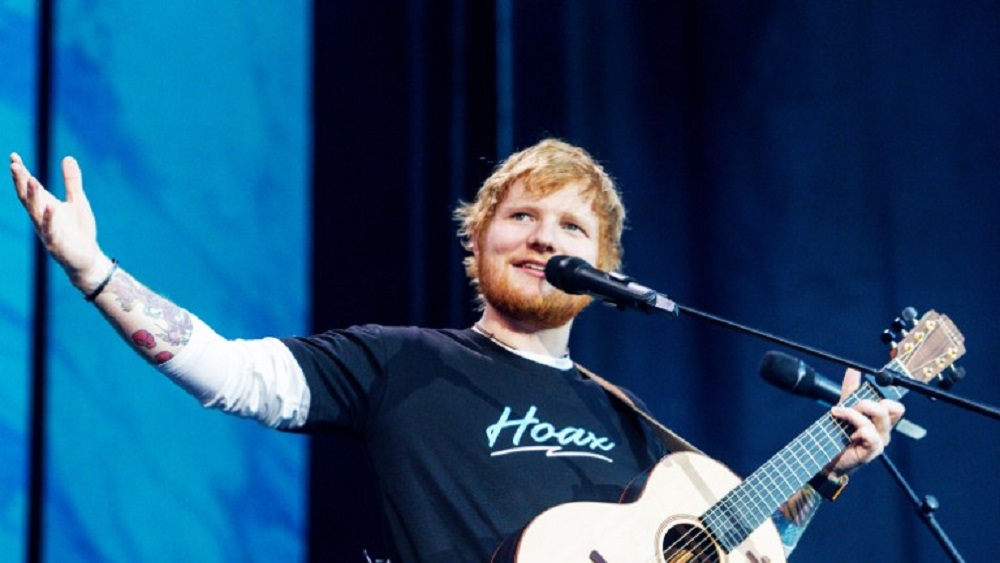 So far, many celebrities have turned into parents. This includes Katy Perry and Orlando Bloom, Lea Michele and Zandy Reich, Katherine Schwarzenegger and Chris Pratt, Sophie Turner, and Joe Jonas. Many couples such as Gigi Hadid and Zayn Malik, Penn Badgley, and Domino Kirke Badgley are expecting babies soon. Although the pandemic has been a difficult time for everyone, some of them are growing their family and we wish the best for all of them.