California Wildfire has forced tens of thousands to flee.

On Thursday, the Northern California Wildfire expanded by 80 thousand acres and killed around four people. In 2015, the valley fire lead to a lot of destruction. Now, this is considered to be the fifth most destructive fire ever. In the last few days, around 367 fires have hit the state with 26 being the major. 11,000 lightning strikes hit the state which led to all this wildfire. Climate change is making it harder and dried which instigates the fire to spread. The Napa County Sheriff’s Office spokesman Henry Wofford said that they have found 3 dead bodies in Napa and a residence but the identification is still pending. A utility worker also died while clearing the fire complex. After the fire evacuation warnings were sent, a total of around 62,000 people were evacuated.

With coronavirus and the heatwave, California Wildfire is a new battle for California and the State is using all the energy resources. Firstly, the air quality has been impacted and the environment is currently in big danger. Secondly, with a temperature of more than thousand-degree Fahrenheit, blackouts have become common as it is getting difficult for State Power Grid to maintain it smoothly. The condition in California has become extremely dry and has led to a drought. 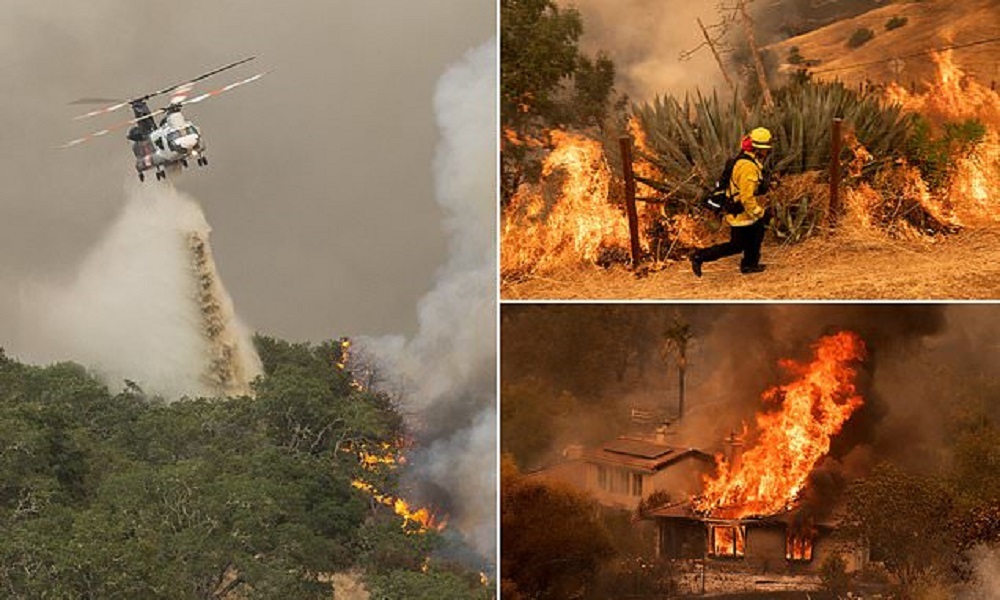 How is the fire affecting the whole state?

With such polluted air, people will develop more respiratory infections which will weaken their immune system. After trying to get things back under control, around 135 firefighters have been quarantined because of contracting the virus. Carroll, who is the spokesperson of Monterey County said that keeping the people safe is the first priority while following COVID-19 guidelines.

While trying to rescue, a helicopter was sent to fight the Fire. A pilot died while being the only person controlling the water-dropping helicopter. Gavin Newsom, who is the California Governor declared a state of emergency. Currently, they are trying to get the place under control.

President Trump commented on the fire stating that the leaves and the broken trees are the reason as they are flammable. He said that California does not want to listen and only keep thinking about the environment. Trump said that as California is not listening to what he says about cutting the forests down, the people should pay for it. He concluded saying that they should get rid of it and no more fires will be caused. Scientists say that the flammable ecosystem is making global warming worse and people are the reason for causing 90% of the sparks.

Everything Wrong With The Upcoming Netflix Film 'Cuties'