MultiVersus is a free-to-play action fighting game based on the characters created or owned by Warner Bros. Currently, it is an open beta. From Looney Toons to DC Superheroes to Game of Thrones and the Scooby Doo universe, including some special characters such as LeBron and rumored to be added to the roster, Eleven for Stranger Things.

It provides two-dimensional gameplay with different play modes and is available on Playstation 4, Playstation 5, X-Box One, X-Box S, and PC. The developers provided a lot of charm in the creation of this game, such as the character animation, the voice acting, and the soundtrack of the game. In this article, we are going to reveal the Best Characters of the Multiversus game.

From the shadows of Gotham, Batman is the definition of beat-downs and an attacking approach in the game. The skillset helps the player to land lethal damage. Batarang is the best thing that Batman uses to throw toward the opponent and create combos. This ability gives the dark knight the ability to fight in any sort of matchup in this game. Batman is the most versatile character throughout the game. Finn has almost the best damage output among all the characters in the roster. He can run while holding down several of his moves to use momentum, resulting in making him the unique one. Also, him using his backpack as a weapon is somewhat hilarious but very effective. Finn really is the forbidden free character of this game. Another one of his spectacles includes his said to be broken aerial move set, which is maddeningly effective. 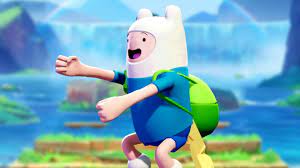 King of the Looney Toons universe, Bugs uses multiple projectiles that he can shoot from a distance and land huge damage. He is said to be the strongest character in the MultiVersus. Bugs has a mind-blowing amount of damage levels and a massive hitbox. He can also summon a horizontal or vertical directional huge rocket that acts somewhat as a finisher due to the higher hitbox level. Everyone’s favorite, Harley Quinn, is the definition of chaotic devastation with a pretty face. She belongs to the assassin class of the roster and is the epitome of the movement. These movements help her create combos, and she has one of the best neutral attack strings in the game. Harley has terrific aerial options, including her bad special that deals twice the amount of damage.

Arya is the most technical character on the entire roster. The Goddess of Winterfell attracted Game of Thrones lovers towards the game more and more. She has a very curious move kit which excels her as one of the elite tier characters. Her special moves are the ones that make her one of a kind and give her the edge over others.

These are the best characters in the Multiversus game. Meanwhile, stay connected to The Mariachi’s Hat Blog for more updates.

Day Shift Cast: Who Are the Known Members?